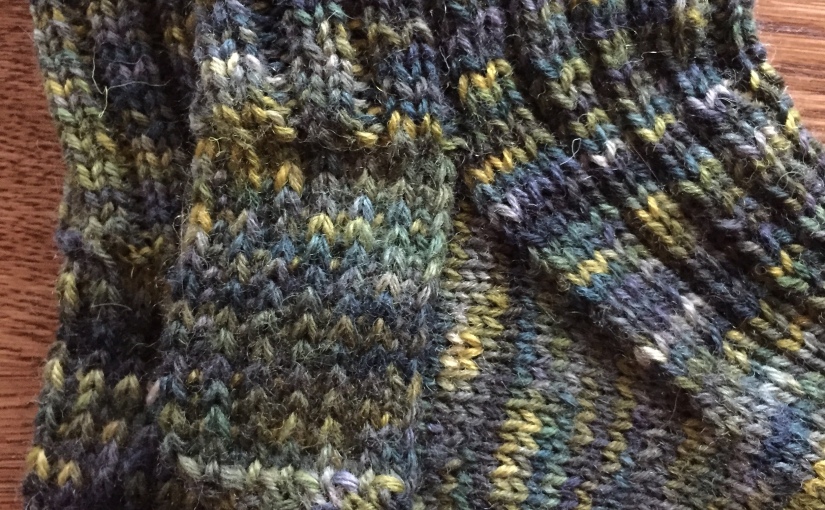 I mentioned it earlier, but I did indeed finish my husband’s Christmas socks. I’ve had to face the reality that, sadly, the festive photo of the feet of my family in their newly knitted Christmas socks is not going to happen. All of said socks have been worn — in some cases more than one day and are… well, let’s just say they all need to be washed. But you haven’t yet seen Mr Knitting Sarah’s socks, so I will share them today.

Rather than use one of the 3 or 4 skeins of holiday yarn I’ve been hoarding, I did what I am normally terrible at doing — instead of picking something that fits my **vision**, I used the yarn that suited my husband. After almost 15years of marriage, I may have learned this lesson! I did pick the most Christmas-y looking of the Mr. Knitting Sarah Approved skeins of yarn I have on hand though. This is Regia 6ply Musèe Color in a 150gram skein of color #06983. 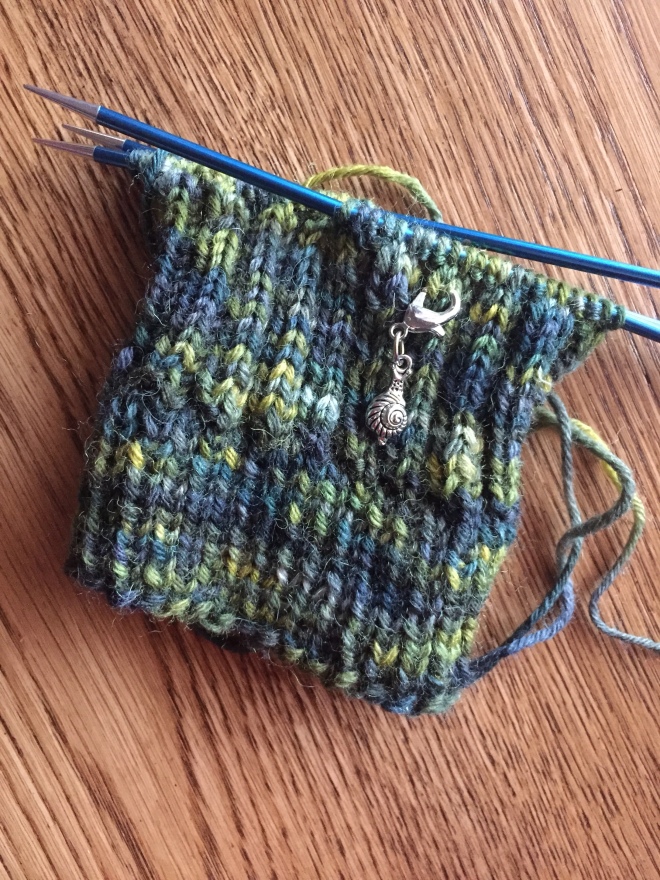 The Musèe color line is one that is pretty much the only time I’ve found an entire line of colors in that I have found in Mr KS acceptable colors that is also a base that works well for him. I’m purchased one of almost every colorway in this line. I found them through HotYarns.com which has proven to have quick, inexpensive shipping and a consistently more comprehensive selection of those workhorse German wool + nylon sock blends I know and love. What’s more, they actually stock Regia in 6ply which is the yarn Mr KS prefers for his socks. So, like I said, I bought pretty much the entire Musèe line from them, stockpiling for future Mr KS socks while the yarns are still available.

As I said, these are a sport/DK weight yarn so they knit up super fast. 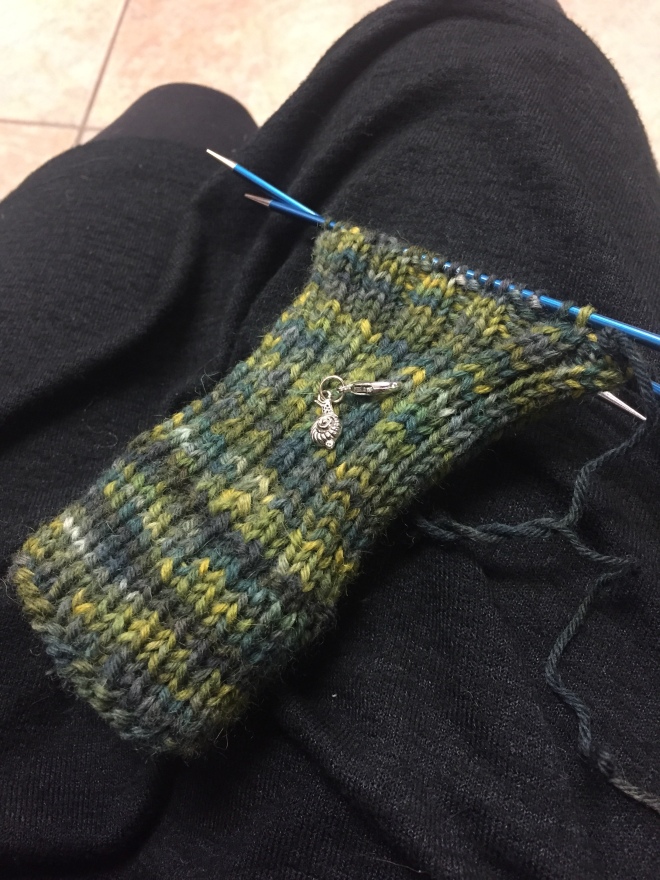 And they were done in about 10days. I definitely could have shaved days off the timeline there, but I knew I had plenty of time, so I did some spinning during those 10days, too, because I could. 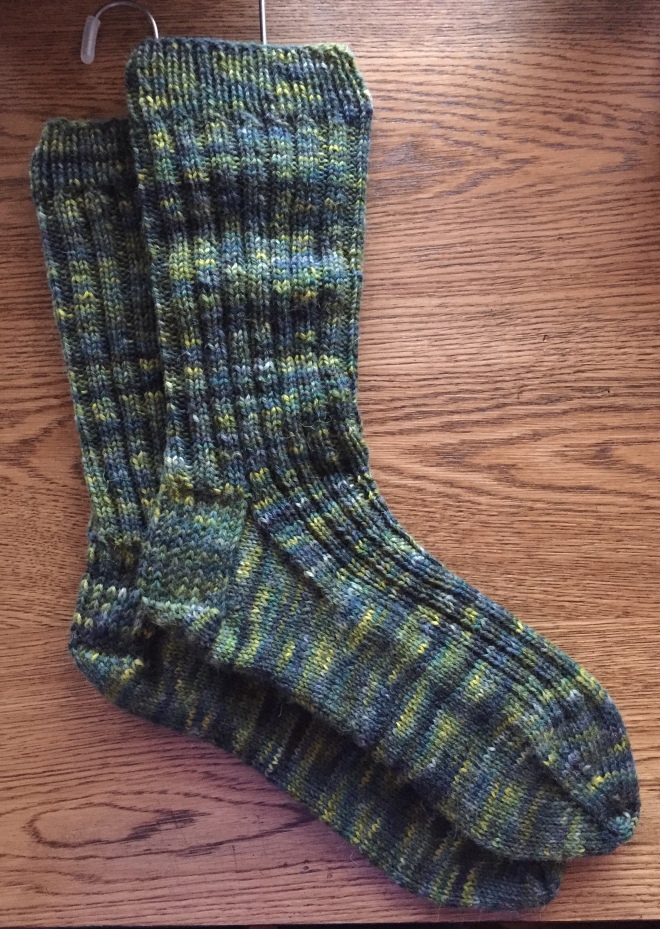 You can see they’re a little baggy on them, especially since I went with a full 8.5″ leg & cuff. 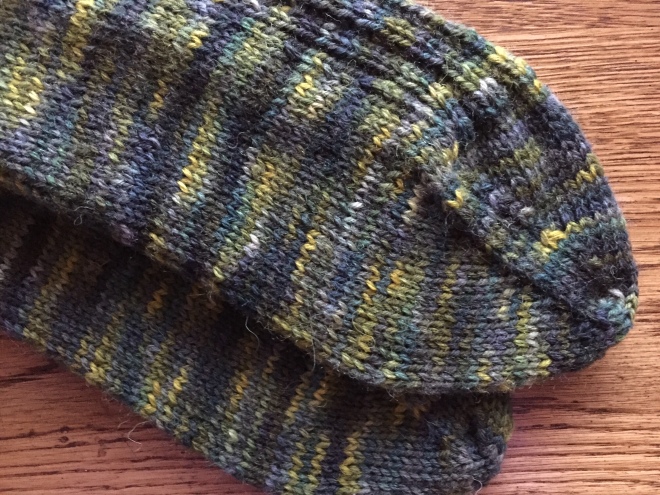 But you get the idea. Aren’t they nice?! 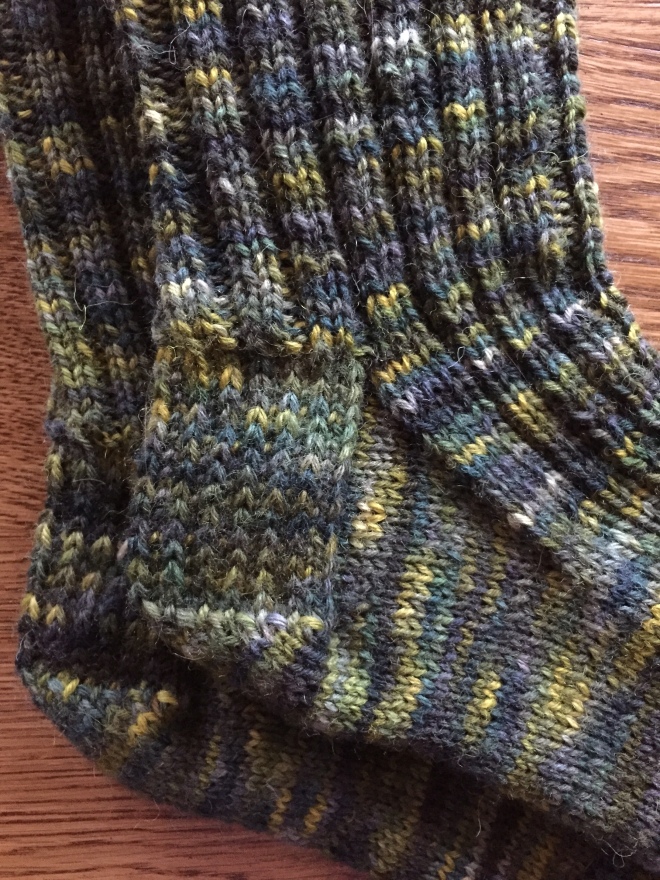 The mister liked them, too. He said they’re the best fit yet and that he likes the longer leg & cuff. Hooray!

I, obviously, did not get to socks for me this Christmas, but I had a couple pair I’d made previously. And I’ve got a couple special yarns that I hope to knit up sooner than later. If I start now, I’ll be wonderfully early for next year, right?!

11 thoughts on “Socks for the Mister”